Yakima Valley is the oldest wine region in Washington State, but until 2000, aspiring winemakers had to relocate to places such as UC Davis or Cornell University for a winemaking education. 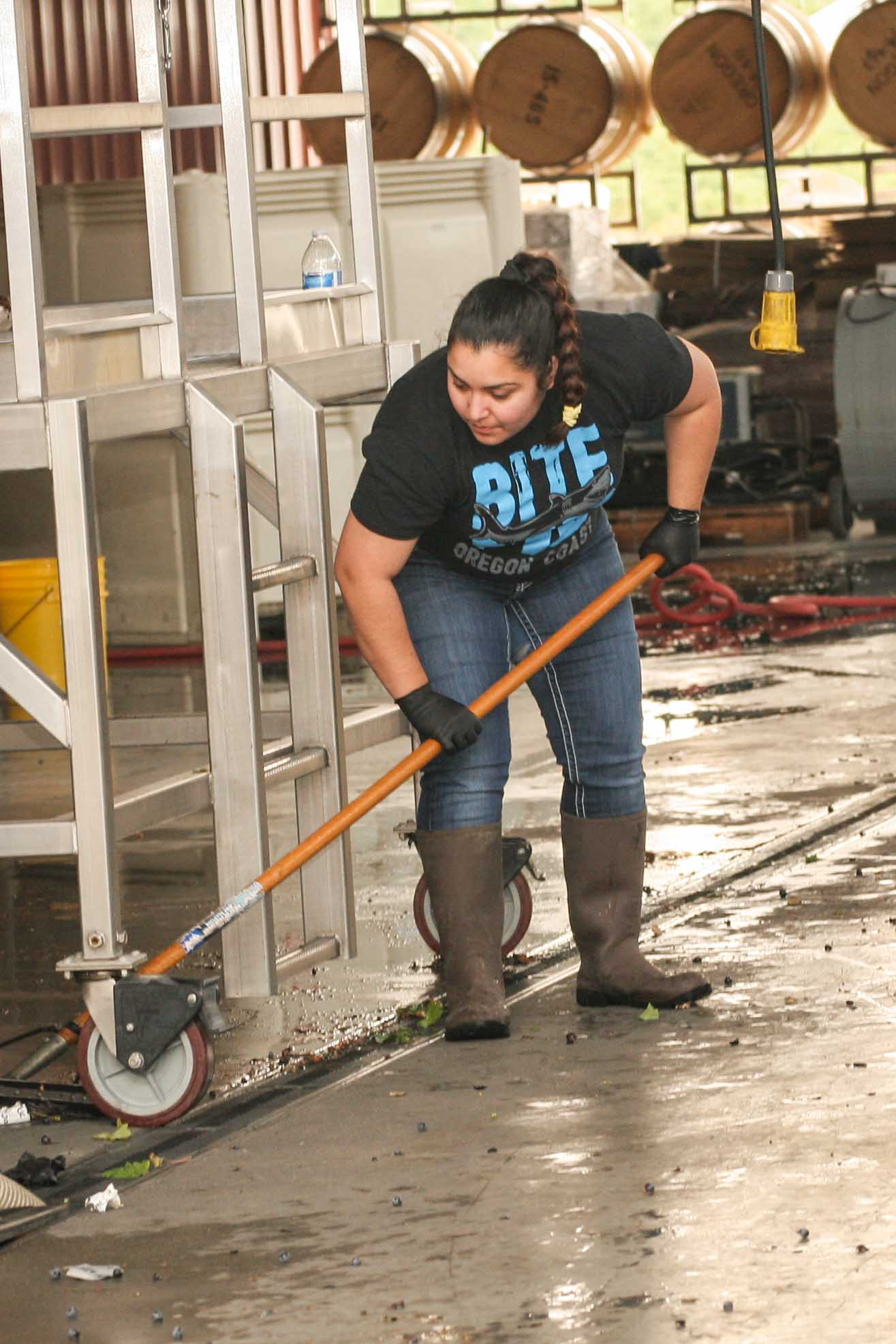 Between 2000 and 2010 four colleges in Washington State developed viticulture and enology type programs, one of which was Yakima Valley College. Others include Washington State University, Walla Walla Community College and South Seattle College.

Cat Warwick started her career in the wine industry in 2002 as a tasting room employee at Apex Cellars and was quickly promoted to manager. Five years later, she moved to Owen Roe Winery, which she remembers vividly: “I loved it! My responsibilities were in production, and I knew right then I wanted to become a winemaker.”

At the time, she was raising three kids and working full-time. “I was trying to figure out how I was going to make this dream come true. I spent six months trying to work out the logistics of moving my family to California, getting a job and attending UC Davis to learn how to make wine,” said Warwick.

It was just then that Yakima Valley College was opening up a new enology program at its Grandview Campus.  And better yet, the program was developed for working students. In the fall of 2007, she began her formal winemaking education.

“This program is a great opportunity for people to further a career,” according to Trent Ball, Instructor and Program Chair of the Vineyard and Winery Technology program. “Students can attend school in the evening and work during the day.”

“We offer two separate programs; a Viticulture Technology Degree and a Winery Technology Degree. The first year is the same for both programs, allowing students the opportunity to determine their area of interest. By year two, they go into the emphasis of their choosing,” says Ball.

“The program is great,” according to Warwick. “As students, we were completely hands-on. We made all of the winemaking decisions for each wine with the exception of the grapes and the harvest dates, those were predetermined.” One hundred percent of the grapes used for the program are gifted by local growers.

“Today, I am able to put all that practical knowledge to work,” says Warwick who, along with long-time colleagues and close friends Flint Nelson and Gina Royer, own one of Prosser’s newest winery, Wit Cellars.

The student-made wines have generated more than 90 medals and various awards since 2007, and Wit Cellars was recently named one of the “Top five wineries to watch in Washington State,” by SIP Magazine. “I think that is evidence of the passion and the talents of the students that go through the program,” says Ball.

Wines to try:
Yakima Valley Vintners, 2014 Dean’s List Reserve Red Blend, $22.00.  Aromas of ripe berries and black cherry with flavors of red fruit, particularly strawberry.  This wine is crafted with age worthiness in mind and a great example of the student-made wines.

Wit Cellars, 2014 Cabernet Sauvignon, Red Willow, Yakima Valley,  $50.00.  The forty-five-year-old vines from Red Willow vineyard have produced an excellent full-bodied wine with dark red fruit flavors. This is a well-made, balanced wine that can be enjoyed now or cellared for future enjoyment.

These wines are available at the winery tasting rooms. The Dean’s List Reserve can also be found at the Walter Clore Wine and Culinary Center in Prosser.